‘Setra‘ in English means the grave. In Bali, the cemetery is the resting bodies of the dead but is only temporary. The body is then cremated in a ceremony procession Ngaben. Unlike the tombs of the religion and customs of other regions, graves Balinese Hindus will never be practically full. This is due to the belief that every soul who has died will be more perfect after Ngaben ceremony. 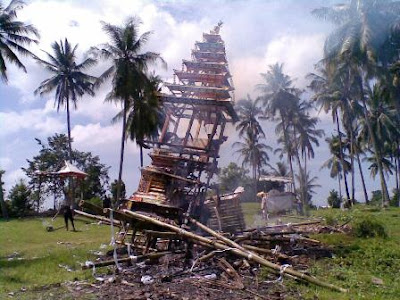 When someone dies, then performed a ceremony which can be directly buried or cremated in advance depending on the family grief.

If buried, it will be created as a sign that the family remembers the funeral where the deceased was buried position. This may be a marker but not a permanent or too big because it would complicate the process of lifting the body when Ngaben. Besides the concrete-concrete headstone will also make it difficult to dig the grave for burial next. 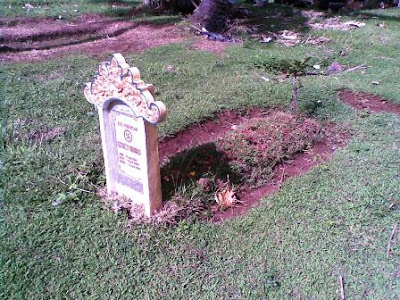 After few years, bodies were buried earlier will be removed and cleaned and re-closed grave, so conditioned almost flush with the surrounding soil. Within a few this time, the bodies are usually not completely destroyed. Fingers, hair, and other small parts and is located outside the body usually has been freed and the conditioned skin and the body a bit dry and too wormy. It also deals with how much preservatives (formalin) was injected. 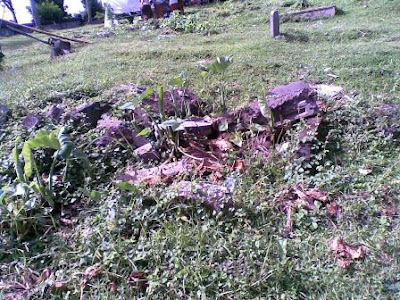 Lift up of the body are usually done several hours before the Ngaben ceremony. Once issued, the bodies were cleaned and placed in a temporary building near where the burning or cremation.

Balinese people also have other concepts related to the layout of the cemetery. People who have higher social status are usually located on the edge of the cemetery (most distant), so it is not crossed by any other person.

Tomb above the ground in Indonesia